It’s Been One Year!

Well, it’s official: I’m up to two blog posts per year (this being the second). “Wohooo,” as they say. And this time I’ll not mention that at one phase of life I was a prolific blogger, writer, and podcaster—because I will forego any promises about sharing the inns and outs of innkeeping (see how I did that) more regularly, and simply share a few updates and observations as we celebrate a full four seasons of ownership. This first year flew by, so it seemed like a good time to look back and take stock.

Let’s start with the highlights of fun stuff, in no particular order:

Truly kind and generous guests top our list of fun, followed closely by our fair city, in which we’ve invested so fully at this point. Such great guests we have had, and it’s been so very fun to see people show up ready to chill, relax, and have a great time. We see the stress melt away, and we vicariously share in the great mojo of stopping to smell the roses and celebrate the little things in life. Some regular guests have genuinely become good friends, and almost all have been absolutely amazing in their kindness. And yes, as with any population, there have been a minuscule number of asses. More on that another time, because it might be entertaining, but truly we’ve been humbled and our faith in humanity bolstered by the caliber of guest we regularly receive at the inn.

More fun: Great beer, amazing city that constantly reveals more of itself to us, small innovations at the inn, learning and listening about how to make it better all the time … all so enjoyable.

And living here! In May we sold the home into which I was born 48 years ago, in the country north of town. It was the home in which I was gratefully able to raise my two kids with my dear friend and former wife, and later share that home with Stephanie and her two great kids. After buying the inn Stephanie and I knew we’d eventually need to sell the old family homestead, but more quickly than we imagined it became clear there was no room in our lives for a large private residence. Luckily, we sold it without ever officially listing it, and were able to find and purchase a condo immediately adjacent to the inn. How lucky! We have the world’s shortest commute to work, which works perfectly in the lifestyle job known as innkeeping.

Garrett, who lives downstairs at the inn and is the kitchen and house manager, has not only become an even dearer friend, but has “rocked it out”—as the kids say. We surely count him not only in the “fun” column, but as part of the fabric of the place—and his great culinary skills have meant breakfasts that are doing the former owners proud. Equally as important, Garrett helped us keep it together even when craziness threatened to engulf us all. We can honestly say that although we had months of shear exhaustion (especially the first few months), our guest experience was the number one priority, and if we do say so ourselves, we collectively “rocked it out” in that regard. Was everything perfect by our standards at all times? Of course not. Probably never will be to our minds. But we did pretty well with the transition, and are constantly growing.

The most fun for us personally, has probably been living downtown. We love the city. We walk everywhere, thoroughly enjoy the local beer scene (probably too much), love the daily access to arts and music, and are especially thrilled by the guest reactions to our fair city. For those who grew up here, like we did, it’s hard to describe how affirming and eye-opening it’s been to see and hear the reactions of non-natives. Manhattanites, Chicagoans, Europeans, and cosmopolitans from around the world find this city an idyllic mix of arts, dining, breweries, walkability, and an urban feel without the loss of intimacy. We would not be able to overstate the sincerity, volume, and positive tone of the comments we hear almost daily about Kalamazoo. That’s fun for us.

There’s so much more, but would it be candid and honest not to share something from the “bad” column? Well, we don’t really have one. Oh, well there is the sewage bath I took when the basement ejection pump clogged during a party and exploded on me while I was working on it … but that’s for another day. Eeeeeew. (Maybe that’s why we’ve decided against hosting many events here for non-guests, but that’s another blog post too.)

But really, a business savvy guest recently asked me what the “walk away” price would be for the inn. I paused and thought, and quickly concluded there probably isn’t a number. We bought the inn to run it and enjoy the guests, and that’s what we do, and want to do. We wouldn’t trade our new lifestyle job for anything. Well, maybe there would be a crazy-money price, but not anything anyone would realistically offer. So that’s the great news. We’re happy. So what was the bad news again?

Okay, upon further reflection there have been a few, mild downsides. No job is without its challenges, and no historic home and business of this size without their unbudgeted financial hits. The number one downside, if that’s even the right word, was exhaustion. This ranked up there in our lives as the most chaotic, exhausting year of our lives. Mind you that on top of running the inn, and selling and clearing out of a family home with generations of memories, and radically downsizing, Stephanie still works full time as an oncology nurse manager—just two blocks from the inn. And on top of all that, I was also running a second 24×7 business, a boutique limo-sedan car service. While some synergies existed with the Inn, as of two weeks ago that business is now run by another limousine company, owned by a friend and mentor, and still employing our main driver and friend. It was just far too much. Some things had to go, and the old family house and the other business are gone, and we love having our world centered here at heart of downtown Kalamazoo.

The truth is that we probably did not sleep in or have full days off more than a handful of times in our first year—including all weekends and holidays, of course. So yes, it was a long year, but a great investment of energy and effort all around. No regrets.

In our second year we expect to gain even more ground, expand the staff a bit more, and continue the strategic path on which we set out—one that prevents burnout (big in this industry) and ensures a great guest experience at the Kalamazoo House can be had for years and years to come. We will sleep more, and take a few more days off, thanks to our growing and competent staff. That’s the plan. Our predecessors built the business, and by design our goal was to move to sustainable operations mode, with continual improvement.

There is more to be done, but we’re grateful to all who have helped and been part of this first year. Truly and humbly, we are deeply appreciative to every single guest—especially those who offered a kind word, or some gesture of support when despite our absolute best efforts we either missed something, or just looked tired in those early months. As we’ve said, that’s actually the fun part. The kind and fun humans we have the privilege of serving.

View Our Rooms
View Our Specials
Make A Reservation

PrevPreviousWhat to do, what to do …
NextInnkeeping with 2015 TechnologyNext 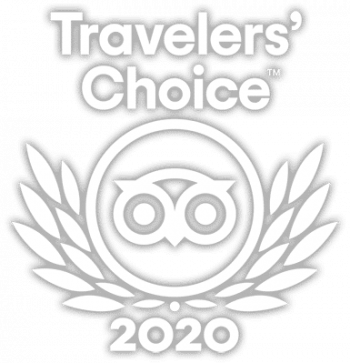